Reynolds American (RJR) and Lorillard have merged after nearly a year of negotiation, combining the second and third largest tobacco companies in a $27 billion deal. British American Tobacco will remain the largest single shareholder in the newly-merged company, which might threaten Altria’s (formerly Philip Morris) decades-long dominance over the industry.

While the company will continue to market flagship products Camel and Newport, anti-trust concerns led to a $7 billion divestment deal to Commonwealth-Altadis/ITG Brands that included smaller brands like Kool, Winston, Maverick, Salem, and blu eCigs. The divestment must be approved by a federal court per a 1999 Racketeer Influenced and Corrupt Organizations Act (RICO) suit by the Department of Justice.

Currently, Altria holds about 47 percent of the U.S. tobacco market, Reynolds American about 28 percent, and Lorillard about 12 percent. After the merger is complete, the top two companies may sell more than 80 percent of the cigarettes in the United States, with Imperial Tobacco in a distant third at around 10 percent.

Reynolds-Lorillard will likely remain the largest seller of menthol through Lorillard’s Newport brand, which makes up about 35 percent of the menthol cigarette market. Though Altria holds the largest share of the overall cigarette market, it has long trailed in the critical menthol category with 18 percent. RJR’s Camel Menthol and Camel Crush brands hold about 12 percent of the menthol market. Menthol cigarettes are disproportionately used by African-Americans, youth, and the LGBTQ community. Numerous studies have shown menthol is easier to start and more difficult to quit, due in part to a numbing effect that makes smoke feel less harsh.

I'm a senior policy analyst at the Association for Nonsmokers - Minnesota, a small nonprofit which has spent more than forty years working to reduce the number of young smokers and advocate for the rights and health of nonsmokers. With a few colleagues, I blog for Project WATCH, (Working Against Tobacco Companies' Harm) which focuses on the marketing tactics, business practices, and other types of chicanery from the tobacco industry. View all posts by Chris Farmer-Lies 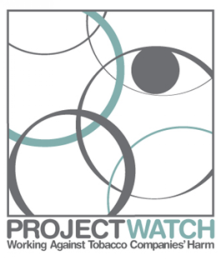